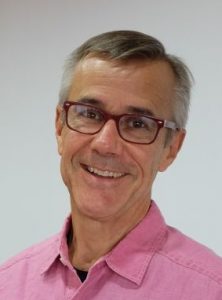 For those who are new to AVC: Ian Dohoo attained a doctor of veterinary medicine degree (DVM) from the University of Guelph in 1976, and a doctorate (PhD) in epidemiology at the same institution in 1982. In 1985, he was one of the original faculty to establish the Atlantic Veterinary College. Dr. Ian R. Dohoo is professor emeritus of epidemiology at the University of Prince Edward Island, and is founder and past-director of the Centre for Veterinary Epidemiological Research at UPEI. His list of publications is extensive, and he has supervised numerous graduate students. He is a primary author of the gradute-level textbook Veterinary Epidemiologic Research (2003 and 2009-2nd edition) — arguably the most comprehensive text in the discipline–and Methods of Epidemiologic Research (2012). Dr. Dohoo has been recognized both nationally and internationally as an excellent teacher, delivering post-graduate courses the world over. In 2005, Ian was elected as an inaugural Fellow of the Canadian Academy of Health Sciences. Besides his many teaching and research awards, Dr. Dohoo received and Honorary Doctorate in Veterinary Medicine from the Swedish University of Agricultural Sciences in 2008, and an Honorary Doctor of Science degree from the University of Guelph in 2012. Dr. Dohoo was also the recipient of the 2012 Calvin W. Schwabe Award, presented by the Association for Veterinary Epidemiology and Preventive Medicine to honor lifetime achievement in veterinary epidemiology and preventive medicine.